Hau Kolas,
Just back from a morning walk on a beautiful, wintery morning.  Even in February the birds sing to each other, announcing our presence.  The deer flash their white tails as they dash for deeper cover.  A bumpy trail in the snow reveals the tunnel of a hungry rodent looking for something good to eat.  Footprint trails of many kinds including turkey, racoon, squirrels and rabbits mark the comings and goings of our brothers and sisters who roam the Winter forest.  At this time of year, you can hear the howls and yips of the coyotes echoing in the night.  The females are calling for mates.  When the woods are healthy, full with a diversity of plants and animals, the coyotes know its a good time to bring pups into the world.
A little over 80 years ago we the people passed a law called the Animal Damage Control Act.  The intention of this law was to reduce the damage to farms and homes caused by wild creatures.  We now call the agency created by that law the Department of Wildlife Services.  The service this agency provides is to kill over 2,000,000 ‘nuisance’ animals every year at a cost of more than $100,000,000 annually.  Especially hated among the animals are the predators bears, mountain lions, wolves and coyote.  They represent about 150,000 of the animals killed each year and the coyote about 90,000 of those.
We have spent billions of dollars killing animals under the Animal Damage Control Act.  We have employed methods of killing that many find inhumane such as poisoning, snares that strangle, and traps that maim and slowly kill their victims.  What have we gained from these practices?  Farmers and ranchers still complain that predation threatens their livelihood.  Coyotes and other predators are expanding their ranges even into the cities.  Scientists who study the relationship between predators, humans and the environment are coming to better understand the effects of the Animal Damage Control Act.  Using the coyote as an example, they have learned that efforts to exterminate them have very little benefit.  In cases where short term kill methods have been used, by that they mean projects lasting less than 6 months, coyote migration will replace the population within 3 months of the end of the project.  Longer term kill methods have been able to hold down the coyote population, but have resulted in an imbalance in the ecosystem that leads to an overabundance of animals that compete with livestock animals for forage.  The loss of forage reduces the capacity of ranchland to support livestock to a degree greater than that caused by predation.  The loss of a top predator like the coyote also leads to a simplification of the ecosystem.  Once they are removed, a rash of extinctions occurs among the other animals.  Biodiversity is lost and the stability of the ecosystem is threatened.  The scientists are coming to understand what the native people had observed in the days before science.  Coyote and predators in general serve an important role in maintaining the balance and health of the ecosystem.  Their presence improves the health and abundance of all forms of life.
We as a nation must learn how to live in balance with the coyote and other predators.  Our old policies are based on fear and greed.  Actual studies of predation on livestock show that it is both less common and less costly than what has been portrayed.  Alternative methods of dealing with the problem of predation are showing promise.  Marin County in California has discontinued their contract with Wildlife Services, opting instead for programs that protect livestock with improved fencing, guard dogs and compensation to farmers for lost livestock.  These methods have proven to be not only more effective, but also less expensive.
The perceived struggle between the predators and the farmers is a reflection of the struggle faced by all of us in a modern society.  Our desire to control and consume the Earth for profit without regard for the consequences of our choices is proving to be unsustainable.  We are damaging the health and wholesomeness of our environment.  The quality of our life and the lives of our future generations will suffer if we do not learn to live in harmony with all our relations.
The Coyote Life Festival is not just a protest against the extermination of coyote, it is also a celebration of the value of the coyote and honoring the important role it plays in maintaining balance and health for all of us.  Please join us in celebrating all life Friday, Feb 22nd through Sunday, Feb 24th.   Email tim@healinglifeways.org if you have questions about lodging, directions, or what to bring with you for this weekend of celebration.

In the traditional ways, the word medicine can mean anything that brings us closer to the Creator, wholeness and the life force within all things.  This could involve the healing of body, mind or spirit.  We learn the medicine through close observation of nature, noting the behavior and qualities of the animals and plants that share this creation with us.  The seeker of medicine must have great focus, patience and desire to be in harmony with the essence of the being who’s medicine they seek.  The knowledge of medicine takes time and intention to grow. 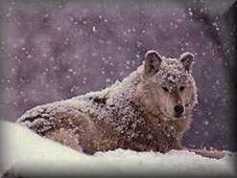 Everything in Nature is a teacher.  Even the changing seasons bring experiences that deepen our connection to the Creator.  Winter is a time of reflection.  Many living things die off or go within themself to grow and be renewed once Spring returns.  Bears and other animals hibernate.  Plants shut down, feeding off stored energy until the warmth returns.  We people have this opporunity too.  We develop wisdom and medicine not just by observing, but also by taking time to process our experiences.  Through contemplation and meditation the deeper meanings of our experiences are revealed.  We ask permission to use the medicine through our prayers and as we are ready those healing energies become available.  Ceremony helps us cleanse those things that block us from being open to the medicine that surrounds us.

Filed under About, Meditation

Keeping of the Soul

The Inipi or sweat lodge is just one of the sacred ceremonies of the Lakota people.  Another of their sacred ceremonies is the Keeping of the Soul.  This ceremony was given to the people to help them deal with the deep feelings of loss and grief experienced at the death of a loved one.  It provided a structure for understanding and supporting the transition from this life to the next.  It taught that even the death of a loved one can serve a life-giving purpose.  END_OF_DOCUMENT_TOKEN_TO_BE_REPLACED

Follow the Buffalo envisions a world in which people of all races, cultures, socio-economic classes, and spiritual traditions are treated with dignity and respect.  The directors of Follow the Buffalo come from a community of people whose spiritual journey has allowed us the opportunity to experience a small portion of the wisdom, depth and beauty of Native American spirituality.  END_OF_DOCUMENT_TOKEN_TO_BE_REPLACED

Filed under About, Vision